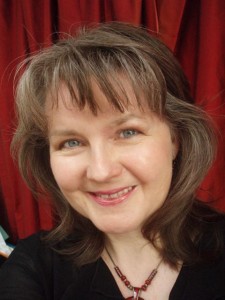 orn and brought up in the north east of Scotland, I studied English at Aberdeen University and Merton College, Oxford. I have taught English Literature for many years and for over a decade have taught creative writing too. I have run courses for Oxford University’s Department of Continuing Education: on the Summer School programme since 2002, teaching novel-writing on the part-time programme for three years and Day Schools on the Undergraduate Diploma in Creative Writing. For thirteen years I’ve run courses and lectured at the University of Winchester’s Writers’ Festival.

In 2009 I set up my literary consultancy, Fictionfire, offering creative writing retreats and workshops, manuscript appraisal, editing, mentoring and one-to-one consultancy for writers.

Other recent publications: my chapter on Pre-writing appears in Studying Creative Writing, edited by Sharon Norris, published by The Professional and Higher Partnership as part of their Creative Writing Studies imprint. My short story,’ Reputation’, has been published in an ebook anthology of the finalists’ stories in the 2012 Historical Novel Society’s short story competition: The Beggar at the Gate and Other Stories.

My novel The Chase, now republished by Fictionfire Press, was originally published by Bloomsbury. I have also won an Ian St James Award for my short story ‘Exposed’, published by HarperCollins in At the Stroke of Twelve and reprinted in Snapshots: Ten Years of the Ian St James Awards, published by Angela Royal Publishing. I have been shortlisted for the Bridport Prize competition, longlisted for the Fish Publishing short story prize and my story, ‘Reputation’, was one of the twelve finalists in the Historical Novel Society’s short story competition 2012 (now published, as noted above). My unpublished children’s novel Hinterland reached the shortlist of four in Pan Macmillan Publishing’s 2013  Write Now Prize competition.

In 2014, I won Words with Jam Magazine’s First Page competition with the opening of the historical novel I’m currently working on. I also won the Historical Novel Society’s London 2014 conference Short Story Award, with my story, ‘Salt’.